About a year and a half ago, Hemostatix Medical Technologies, a Bartlett-based company, was in talks with a big medical device company regarding an acquisition.

The larger, undisclosed company was interested in Hemostatix’s intellectual property — a unique thermal scalpel that seals blood vessels as they are incised, effectively enabling cutting and coagulating at the same time.

But, as it turns out, that company was looking for something much bigger than Hemostatix, said Brad Beale, president, and co-owner of Hemostatix. After a few discussions and meetings, both parties went their separate ways.

Despite the deal not working out, the company was impressed with the technology behind the Hemostatix Thermal Scalpel. While it wasn’t the best fit for them, they passed the information to a company better suited to a deal: C2Dx.

According to their website, C2Dx invests in niche products to “propel their growth and accessibility worldwide.” Since its inception, the company has acquired two other products: the STIC Intra-Compartmental Pressure Monitor, a unit for timely and accurate diagnosis of compartment syndrome; and the T/Pump product line that provides localized temperature therapy for pain relief and patient comfort.

C2Dx reached out to Hemostatix about a year ago and began a dialogue. Beale said C2Dx has an “aggressive growth strategy” and are trying to “build a world-class sales organization and are looking for products that they can sell.” Hemostatix happened to be looking for sales and distribution.

“What they were committed to doing was exactly the thing which we were struggling with,” Beale said.

In November, the deal began to take shape, and in early January, C2Dx acquired Hemostatix. With Hemostatix’s product and C2Dx’s sales-driven approach, “it ended up being a beautiful fit between the two companies,” Beale said.

All employees, existing customer contracts, and the thermal scalpel system, which will continue to be known as Hemostatix Thermal Scalpel, will now operate under C2Dx. Apart from their unique scalpel, Hemostatix also brings something the Michigan-based company did not previously have: in-house manufacturing.

C2Dx plans to retaining the current manufacturing and distribution operations in Memphis. Owning a manufacturing facility offers more opportunities for scaling devices, including — but not limited to — the Hemostatix Scalpel. The Memphis facility could potentially expand to the production of other devices, depending on the product line, Beale said.

Beale has agreed to stay and run the Hemostatix operations for C2Dx in a transition capacity, serving as the general manager for their Memphis operations.

What makes the deal so much more “rewarding” for Beale is C2Dx’s belief in the product.

“The upper management at C2Dx, they’re from the medical device industry,” he said, “and they have a real appreciation when you have a truly differentiated product.” 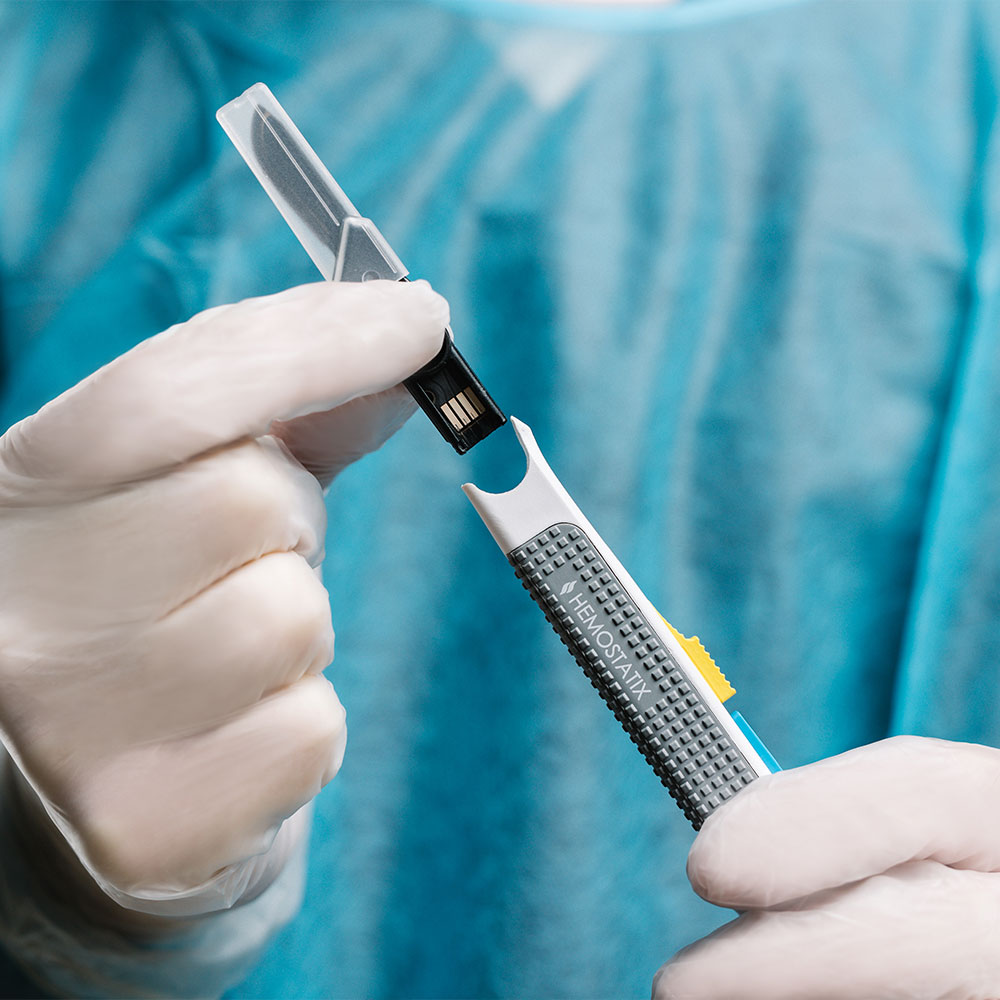